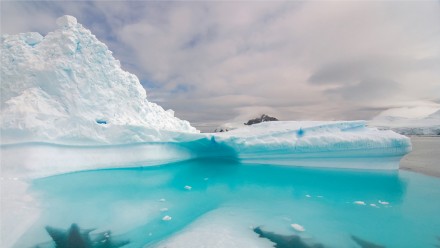 History of Antarctic ice sheets holds clues for our future »

The GFD group conducts research into fluid processes relevant to the earth system. Our current research priorities include oceanic convection, ice-ocean interactions and the large-scale circulation of the ocean.

Ocean models enable us to predict future changes in the ocean-climate system. These models are becoming so complex that they are beyond the remit of individual organisations; therefore, we have developed partnerships with a number of Australian organisations (UNSW, UTas, NCI, Bureau of Meteorology, CSIRO and the Australian Antarctic Division) along with international (GFDL/NOAA) collaborators. These partnerships have lead to the successful reconfiguration of a global ocean-sea ice model so as to have a horizontal grid spacing of 1/10° and designed to resolve specific dynamics important to the global ocean circulation (see Fig. 1). 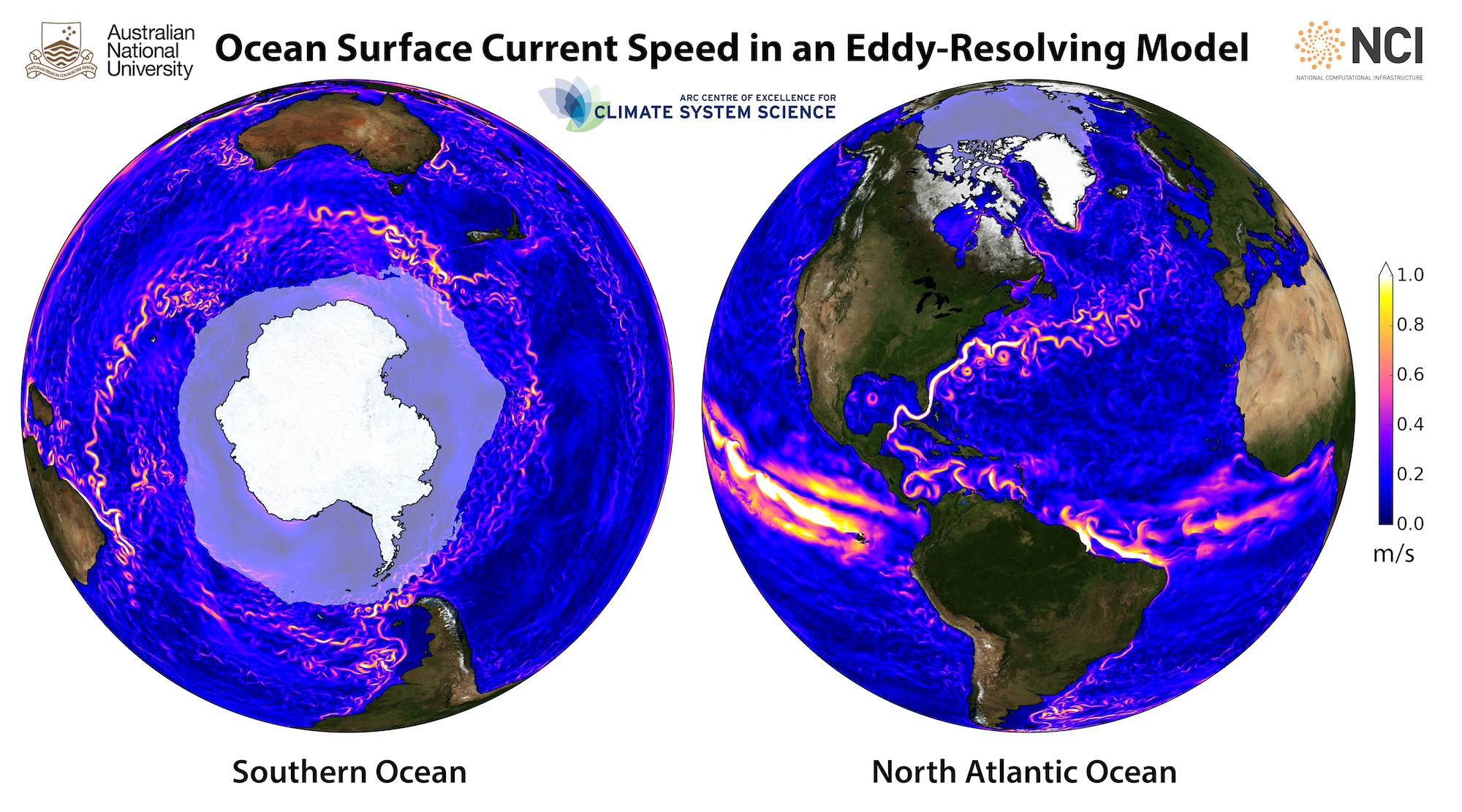 Figure 1 Snapshots of numerical simulation of the global ocean at 1/10° resolution, with 75 vertical levels. This simulation runs on 5232 cores on NCI’s Raijin supercomputer. Each model year consumes 40,000 CPU hours.

As part of this project we ensure that these additional dynamics were able to be resolved vertically, however existing methods for developing vertical grids rely heavily on subjective choice. We address this by developing a methodology to objectively construct a vertical grid based on the resolution capabilities of the horizontal grid, such that the two grids complement, and importantly, not undermine, each other (Stewart et al. Submitted). Improving the vertical grid in the 1/10° global ocean model substantially increases the sea surface height variability and eddy kinetic energy, particularly on and around the Antarctic continental shelf and slopes, and leads to a transport increase and densification in the deep ocean.

The rate of melting of the polar ice sheets comprises the largest uncertainty in predicting future sea level rise. During 2016 we have investigated the effect of an external freshwater plume on the dissolution of a vertical ice wall. Such plumes are frequently observed around Greenland’s glaciers where they are associated with increased ice loss. Our laboratory experiments confirm the field observations that a subglacial discharge can significantly enhance the ablation rate of the ice face but will not alter the temperature at the ice-ocean boundary.

We have also conducted the first convection-resolving simulations of ice dissolution in quiescent homogeneous ambient water (Gayen et al., 2016), in order to examine the physics of melting. The results show that temperature is not the only factor controlling the rate of ice sheet melting; the transport of salt to the ice-water interface also plays a key role. The simulations produced results in excellent agreement with experimental measurements and demonstrated the capacity to accurately simulate these flows despite having to resolve the extremely small scales of the solute boundary layer.

This year we finally brought a multi-year project to completion with a new physical model for the evaporation from Class A pans being published (Lim, Roderick and Farquhar, 2016). Evaporation pans are in widespread use worldwide and used to measure the evaporative demand of the atmosphere. They are of great scientific interest because world-wide measurements show a steady decline in pan evaporation since the 1950s. This new model extends our earlier work by including a more realistic treatment of the radiation regime of an evaporation pan and is expected to find widespread use in attribution studies looking to explain why pan evaporation has declined.

In late 2016 the exceptionally skilled and talented technicians of GFD and RSES completed the construction of the Large Rotating Annulus (LRA). This experimental apparatus represents the latest step in the decades-long scientific journey of GFD researchers examining the fundamental physics of the ocean's role in Earth's climate. The LRA extends the dynamical range of laboratory ocean modelling into a regime directly relevant to Southern Ocean processes: rotating flows driven by surface buoyancy and stress forcing and interacting with topography. The flows of the LRA are able to be visualised and quantified at qualities and resolutions far superior to any existing laboratory experiment. This apparatus will be the principle workhorse of the GFD laboratory for years to come, serving valuable roles in both research and teaching.

Internal waves are generated near ocean boundaries and distribute energy throughout the ocean. These energy transfers are thought to be vital to the maintenance of the ocean’s overturning circulation. However, the sources and sinks of wave energy, and the dynamics of waves in the ocean interior, are not completely understood. During 2016, we have run very high-resolution wave-resolving numerical models of an idealised sector of the Southern Ocean in an attempt to quantify a newly theorised wave energy source known as "spontaneous generation” (Shakespeare and Taylor, 2016). This process refers to waves being generated, in the absence of forcing from atmosphere, from very sharp fronts and filaments at the ocean surface, which are being actively sheared and strained by the eddying flow. Our simulations indicate a potential role for spontaneous generation in the energy budget of intensely eddying regions of the ocean.

We have significantly carried forward our work on horizontal convection by including the effect of background or planetary rotation, which has a broad interest in the oceanographic research community. The results for geostrophic circulation under planetary rotation show the formation of basin-scale gyres along with deep chimney convection, and have been placed in the context of new theoretical scaling (Vreugdenhil et al., 2016). We have also investigated this problem using novel experiments at our GFD laboratory and showed the departure from the geostrophic regime due to the formation of the deep convective chimneys.