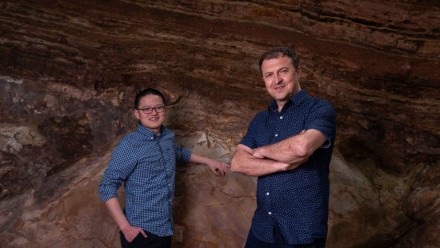 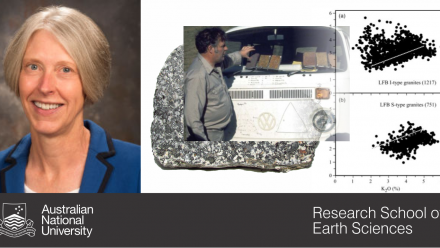 The Research School of Earth Sciences is delighted to announce that Dr Carol D. Frost will be presenting the Inaugural Chappell Public Lecture on 22 November.

The lecture series is in honour of Professor Bruce Chappell, one of the most distinguished geologists of his generation who made significant scientific contributions in understanding the compositional variations and origins of granitic rocks. Chappell’s career at ANU spanned more than 30 years, from 1960 to 1997.

Carol Frost grew up in Anchorage, Alaska, earned her AB at Dartmouth College, and PhD at the University of Cambridge. She has been on the faculty at the University of Wyoming since 1983 and served in various administrative roles. From 2014-2018 she was Division Director for Earth Sciences at the National Science Foundation in Washington DC. In 2019 Carol will become the Mineralogical Society of America’s 100th president. An isotope geochemist and petrologist, her research focuses on the origin and evolution of the continental crust, granite petrogenesis, and application of isotopic tracers to environmental problems generally.

Professor Bruce Chappell and Professor Allan White’s 1974 paper, “Two Contrasting Granite Types” stimulated renewed interest in the origin and significance of granitic rocks. This lecture in Bruce Chappell's honour, builds on the geochemical framework Chappell and White used to identify I-type and S-type granites and their source rocks. An extended geochemical classification, which like that of Chappell is based on major element compositions, identifies families of granites with distinct origins and tectonic environments. In this talk I will demonstrate the power of this approach by describing three Precambrian intrusions in the Wyoming province and the information they provide about igneous processes, both plutonic and volcanic, and Archean to modern.