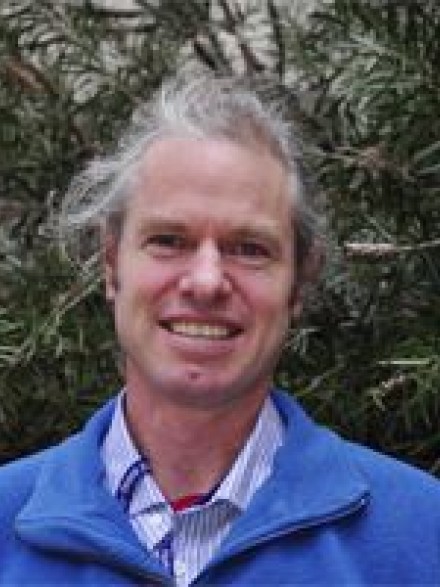 Dr Simon McClusky is a geodesist, with research interests in the development and use of satellite based techniques for precise measurement and monitoring of the Earth and its gravity field in space and time (4D). The precise real-time satellite measurement techniques developed over the last 2 decades for Earth science research purposes today underpin the observation systems vital for modern navigation, positioning and geospatial services. Broadly, Dr McClusky's research involves developing and improving measurement techniques that constrain models describing the kinematics and dynamics of plate tectonics, the rheology of the Earth’s crust, lithosphere and mantle and the properties of tectonically active faults. Advances in our understanding of these fundamental Earth models enable better prediction and mitigation of the effects of natural hazards like earthquakes, tsunami and volcanic eruptions. Simon has a PhD in Geodesy from the University of NSW, and worked for almost 18 years as a Principal Research Scientist in the Department of Earth Atmospheric and Planetary Sciences at MIT before returning to ANU RSES where he is currently a Senior Fellow.

My research interests centre on, using geodetic techniques to investigate and understand the geophysical properties of the Earth, and processes that are constantly reshaping our planet. Some interesting current research includes: 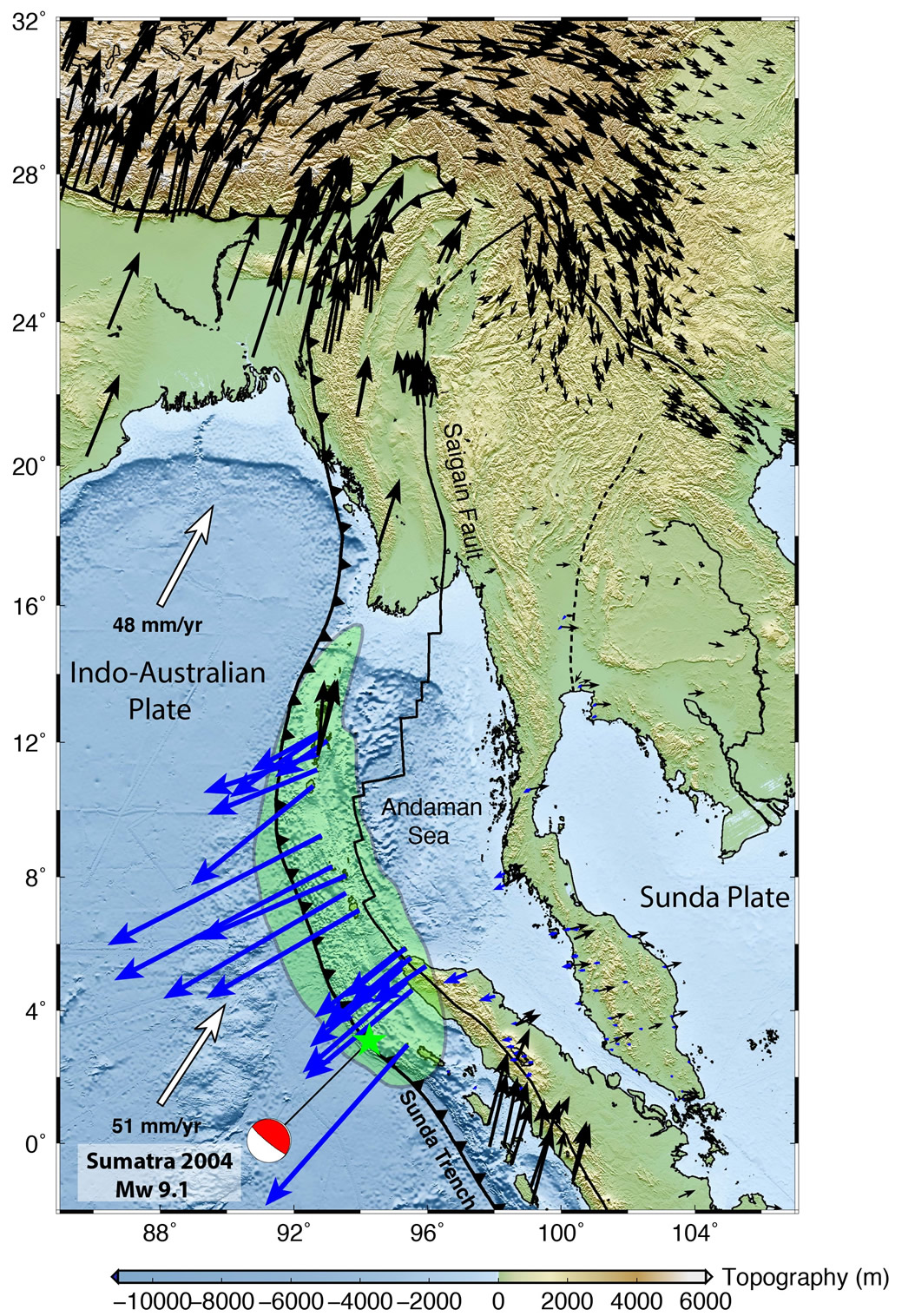 Figure 1. GPS in SE Asia showing a vortex of flow around the eastern end of the Himalaya, and activity on strands of the Sagaing Fault. The 2004 co-seismic displacements (blue) in the Andaman Sea are orthogonal to the margin, and not parallel as expected.

The dynamics of active tectonic processes in South East Asia

Our knowledge as to the nature of tectonic processes that “shape and shake” our planet has taken a significant leap forward since the advent of satellite geodesy. Global Positioning System (GPS) measurements have revealed patterns of motion in actively deforming regions which when compared with short-term seismic observations of earthquakes and long-term structural deformation fabrics motivate a re-evaluation of how the different tectonic processes involved interact. Of particular interest are the links between longer-term (orogenic time-scale) motion and the results of short-term (earthquake time-scale) deformation as manifested in co- seismic displacements (during earthquakes) and the patterns of deformation that occur before, during and after seismic events? In this research we are using a multidisciplinary approach aimed at developing better geodynamic understanding of active tectonic processes in South East Asia using data from satellites, seismometers and mass spectrometers.

The southern tip of the Lake Mungo Joulni lunette is an icon of Australia’s Indigenous past. Despite its international significance, the archaeological traces have disintegrated as the lunette has eroded over the past 30 years. This interdisciplinary project undertaken in collaboration with Elders from the Willandra Lakes Region World Heritage Area is reconstructing the history of environmental changes and the life-ways of the first humans to settle this region.

The ANU RSES geodesy and geodynamics group is developing precise geodetic techniques for measuring and monitoring processes of modern sediment erosion and deposition and their rates of change. Using surveying and mapping techniques such as terrestrial laser scanning, and photogrammetry from airborne unmanned aerial vehicles (UAV’s) and ground based photography, this research is providing the framework for stitching together the patchwork of archaeological traces scattered through space and time enabling development of management strategies for the future protection of this unique archive of Australia’s past. 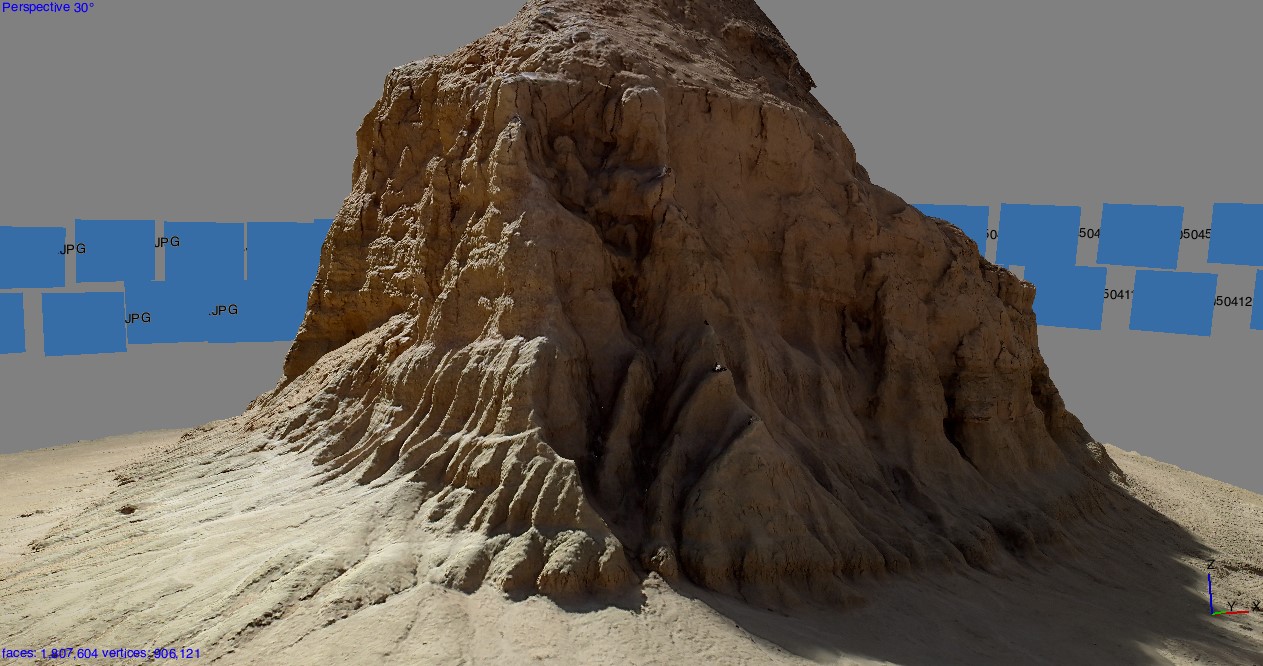