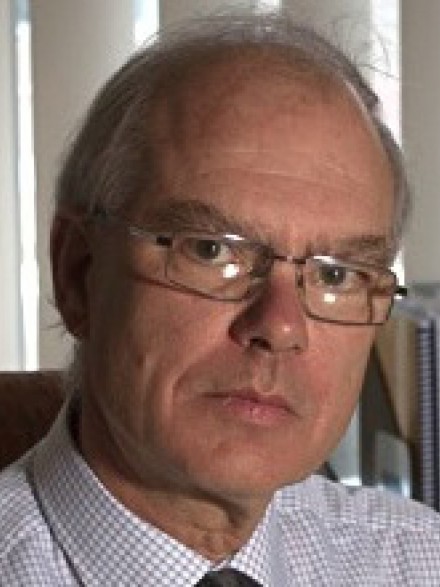 Involvement in a wide range of studies of the nature of the Australian continent in three dimensions exploiting seismological and potential field data sets.  A major synthesis has been provided in digital form in AuSREM (Australian Seismological reference model) with specification of seismic wavespeeds and density for both crust and mantle in the Australasian region. Continuing projects include exploitation of full-crustal scale reflection profiles in conjunction with other data sets to improve the characterization of the crust and the Moho and their relation to tectonic units. Such active seismic results are also being combined with studies using passive seismic deployments to resolve crustal and mantle variations on a wide variety of scales. 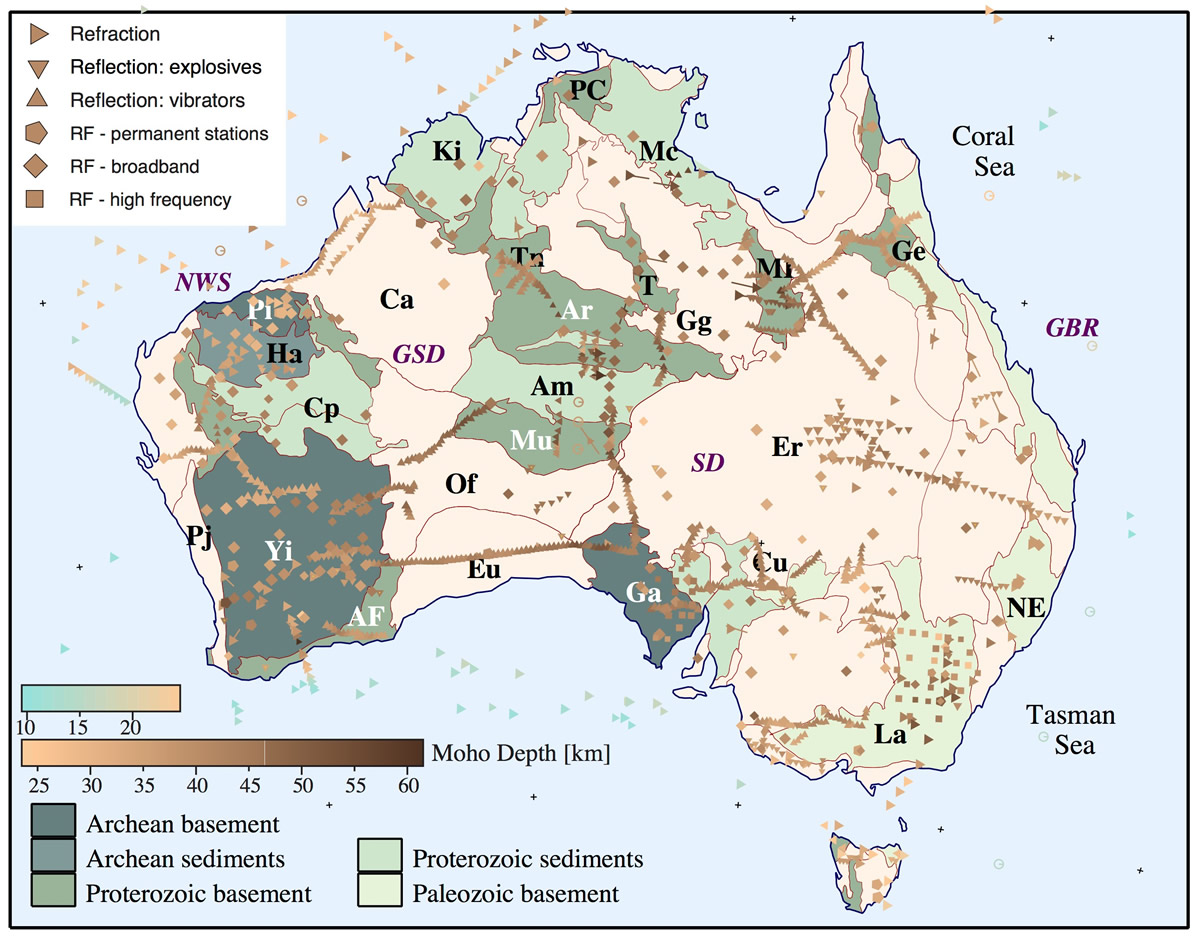 Variation of Moho thickness across Australia and its environs using data from a wide variety of Sources superimposed on the major tectonic divisions.

The broad scale variations if seismic properties in the lithosphere are well mapped using seismic tomography. Yet, the propagation characteristics of high-frequency seismic phases such as Pn, Sn travelling in the mantle lithosphere, indicate the presence of widespread scattering from fine-scale variations in both the oceanic and continental environments. The combination of extensive observations of the nature of such high-frequency phases and the numerical modelling using high-performance computers indicates that an important role is played by low amplitude quasi-laminate heterogeneity with much longer horizontal than vertical correlation length.

In the oceanic domain the efficiency of propagation of the high-frequency phases is highest in the oldest lithosphere. The guided waves can overcome localized structural barriers but are strongly affected by attenuation in warmer materials, which provides an explanation of the wave characteristics across the Pacific basin. 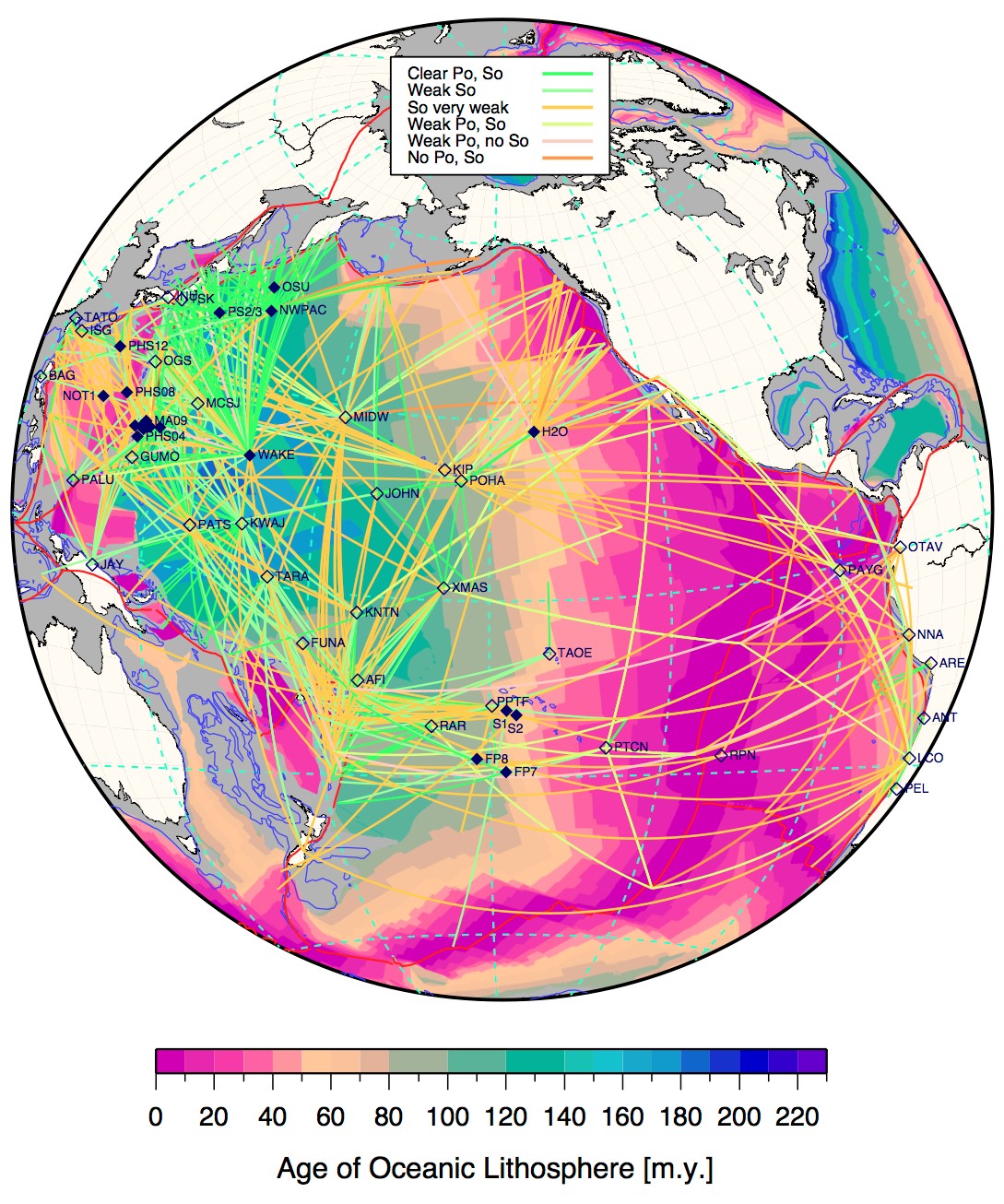 Variation in the efficiency of propagation of high-frequency guided waves in the oceanic lithosphere superimposed on the age of the lithosphere. Poor propagation is associated with younger regions that are hotter and have stronger seismic attenuation.

In the continents, many different scales of variability in seismic properties influence the detailed character of the  seismograms, and work continues on unraveling the distribution of fine-scale heterogeneity by combining many different types of seismological information with numerical modeling.