» Is the physics that we use to model deep ocean gravity wave sufficient?

Is the physics that we use to model deep ocean gravity wave sufficient? 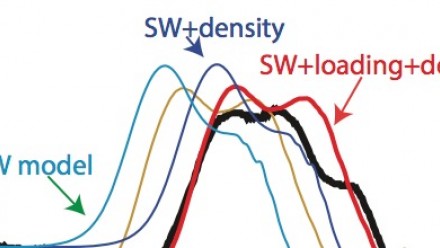 Until recently, the non-dispersive shallow water wave equation has generally been thought to be adequate for modeling of deep-ocean tsunamis. Even though dispersion is obvious at trans oceanic distances, the effects on maximum tsunami height are small, and since height is normally a good criterion on which to base hazard assessment, there has been no need to accurately model dispersion, which would greatly increase the computational cost. However, the observations described above involve excitation of harbor resonances long after the initial tsunami wave has passed, which indicates that the excitation is due to late-arriving, dispersed wave trains having frequencies close to harbor resonances. In addition, observations of the 2010 Chile and 2011 Tohoku tsunamis have recently established that the deformation of the earth in response to the surface load of the tsunami must also be considered in order to accurately model tsunami waveforms at large distances. We need to understand just how important these effects are and how they can be efficiently modeled before we can adequately address the potential excitation of harbor response. 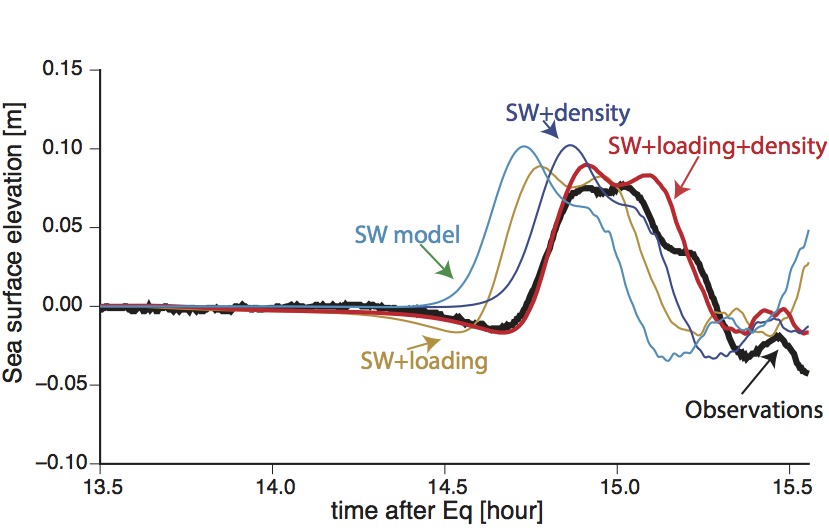 Caption: Comparison between the tsunami record from the Maule 2010 tsunami a deep ocean sensor (DART) close to Hawaii with the conventional tsunami numerical model (in blue) and the model developed by Allgeyer & Cummins 2014 (in red)