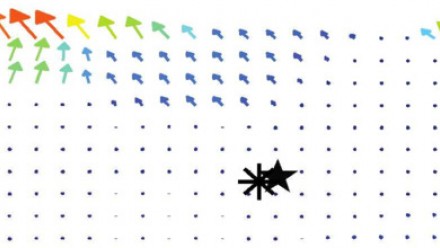 Some of the most fundamental observations used to understand the physics of earthquakes are estimates of the spatio-temporal evolution of earthquake rupture on a fault surfaceusing seismic, tsunami and geodetic data. To date, uncertainties of rupture parameters are poorly understood, and the effect of choices such as fault discretisation on uncertainties has not been studied. We have developed a probabilistic Bayesian approach to this problem that includes rigorous uncertainty estimation. We show that model choice is fundamentally linked to uncertainty esti- mation and can have profound effects on results. The approach developed here is based on a trans-dimensional self-parametrization of the fault, avoids regularisation constraints and provides rigorous uncertainty estimation that accounts for model-selection ambiguity associated with the fault discretisation. In particular, the fault is parametrized using self- adapting irregular grids which intrinsically match the local resolving power of the data and provide parsimonious solutions requiring few parameters to capture complex rup- ture characteristics. The inversion is applied to simulated and observed W-phase waveforms from the 2010 Maule (Chile) earthquake. The results are compatible with previous studies, but higher slip maxima suggest that other studies may be influenced by regularization.