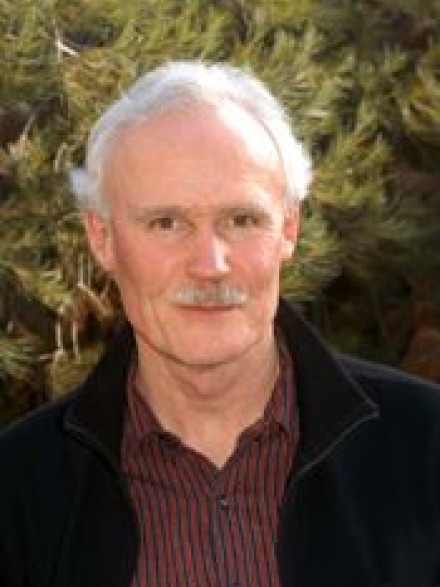 The laboratory study of the physical properties of geological materials under conditions simulating those of the Earth's deep interior with applications in the interpretation of Earth structure and processes.

Seismic wave speeds and attenuation: towards a robust lab-based understanding

Non-elastic strains resulting from the motion of crystal defects and/or the stress-induced migration of fluids contribute an inevitable frequency dependence to seismic wave speeds and attenuation. Accordingly, locally developed low-frequency (mHz-Hz) forced-oscillation methods and related creep tests, along with intermediate-frequency (kHz) resonance and high-frequency (MHz) wave propagation methods, are being used in conjunction with computational approaches to develop a robust lab-based framework for the interpretation of seismic wave speeds and attenuation. 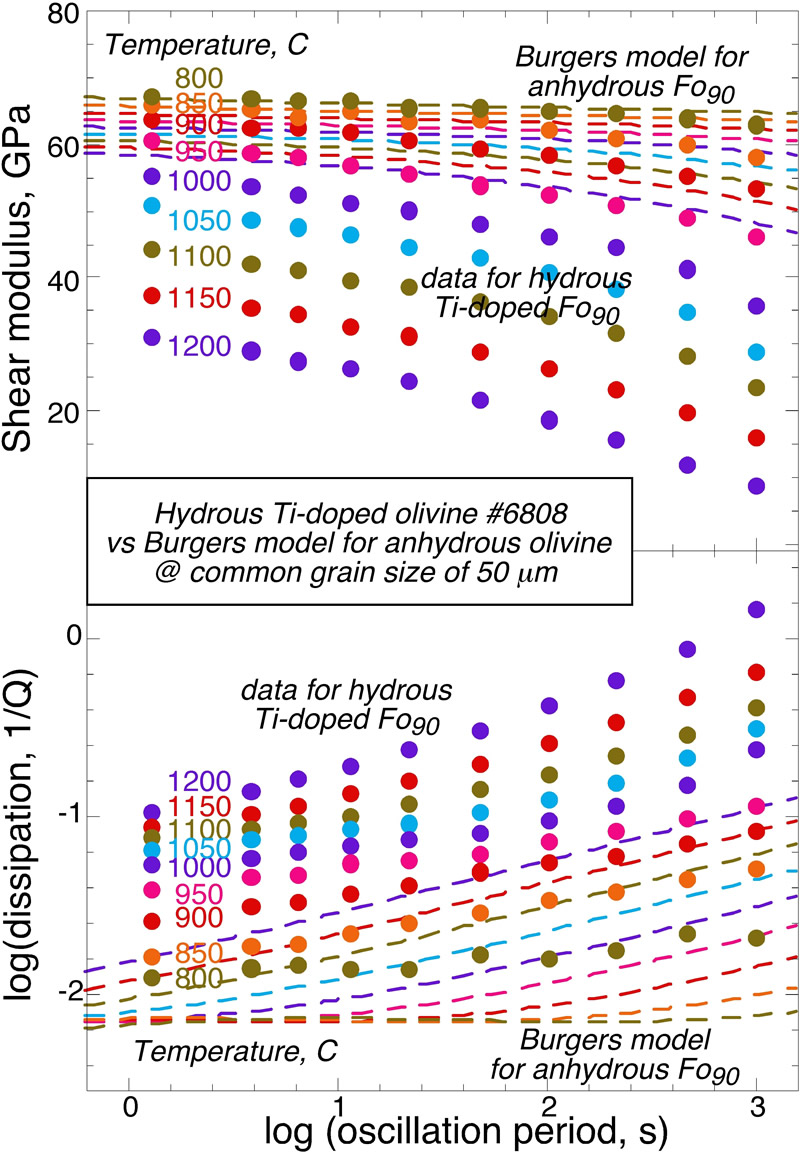 A recent highlight is the first experimental indication (Figure 1) of strong shear modulus relaxation and associated strain-energy dissipation in a synthetic olivine polycrystal tested under water-undersaturated conditions - with potentially important implications for seismic wave propagation in the Earth’s upper mantle.

During the past year, we have also demonstrated frequency-dependent behaviour of cracked sintered glass-bead aggregates in the presence of argon, and especially, water as pore fluid. The presence of pore fluid results in significant stiffening of the cracked medium when tested at 1 MHz (Figure 2), but not at sub-Hz frequencies. The different seismic properties for these two regimes are interpreted in terms of stress-induced fluid flow at sub-Hz frequencies between adjacent cracks, that is precluded at the higher MHz frequency – with implications for the seismic exploration of the Earth’s typically fractured and fluid-saturated crust. 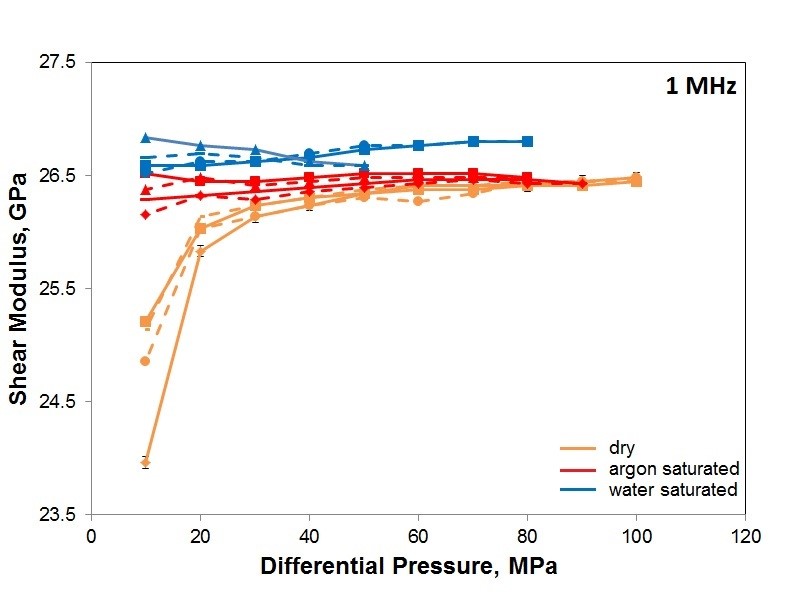