1. Where did all the quartz come from?

Many Cenozoic gravel deposits in SE Australia are dominated by quartz clasts (>95% quartz; Fig. 1), whereas modern stream gravels are polymict (various lithologies with ~10-15% quartz; Fig. 2). Two scenarios might explain the overwhelming dominance of quartz in older gravels: firstly, sediment supply may have been quartz dominated either through deep weathering of source rocks or breakage and loss of weaker (non-quartz) clasts during transport, or, secondly, polymict gravels may have been weathered after deposition to leave residual quartz clasts. The research is aimed at evaluating which scenario is most likely.

2. The age and origin of zebra rock and print stone in Western Australia

Two unusual, decorative rocks, known as zebra rock and print stone occur near Kununurra and Mt Tom Price in Western Australia. Both rocks are characterised by distinctive red banding caused by hematite pigmentation, within variably silicified siltstone (Figs. 3 and 4). A paleomagnetic study of the print stone (Abrajevitch, Pillans & Roberts. 2014. Geophysical Journal International v.199, 658-672) allows the age(s) of pigmentation to be determined. By comparison with the Australian apparent polar wander path, magnetic remanence directions in a uniformly distributed pigment yield a Miocene age (15-25 Ma), while there are two age options for the distinctive ‘newsprint’ pigmentation – Mesoproterozoic (~1.5 Ga) or middle Carboniferous (~320-310 Ma). A paleomagnetic study of the zebra rock is underway. 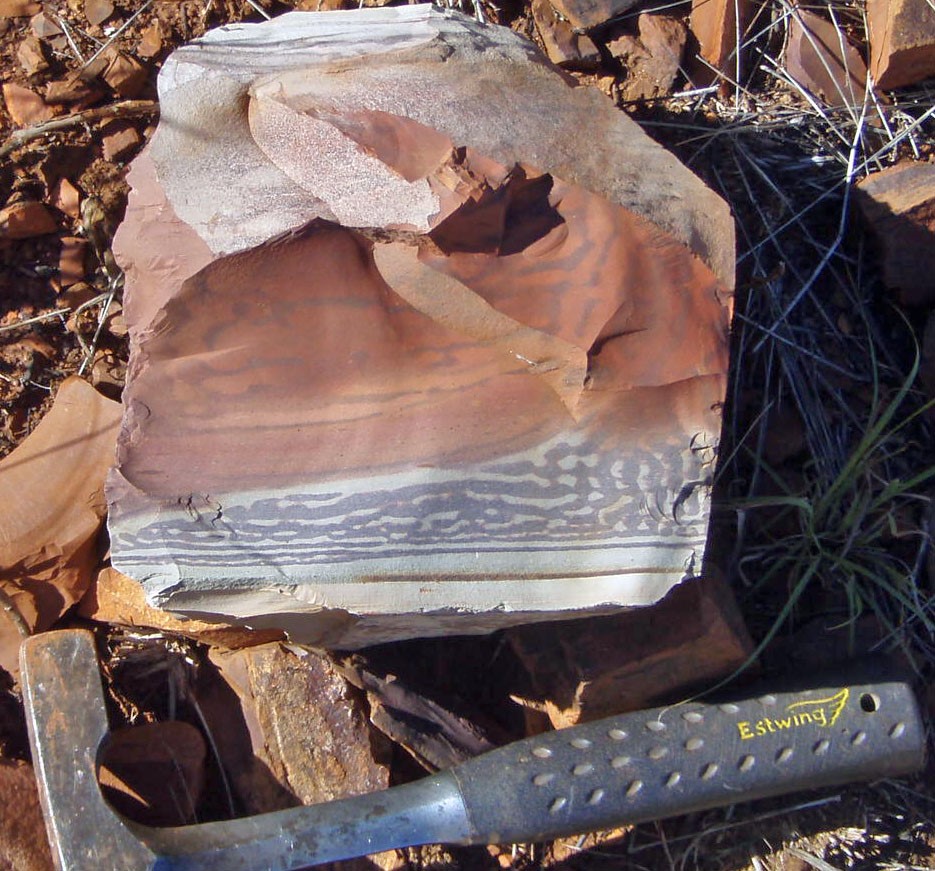