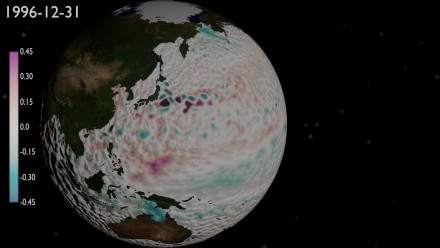 The Palaeoenvironment Group uses geochemical proxies to reconstruct past environmental changes across the surface of the planet.  While much of our work is marine based, palaeoenvironmental reconstructions include geochemical and palaeontological proxies from cave deposits and lake sediments. The backbone of our work is based on our stabile isotope laboratories, but substantial work is also done on magnetometers, ICP-AES, ICPMS and XRF instruments.

Our team has a large group working on highly detailed global sea level records for the late Pleistocene, but also looking further back in time.  Times when global temperatures were substantially warmer than the past million years. We also have a number of scientists using boron contents in foraminfers to reconstruct changes in the pH of the ocean during the late Pleistocene.  Reconstructing ocean temperatures going back in time using organic molecules as well as Mg/Ca contents of carbonates are powerful tools that are being employed by the Group to reconstruct past climates.

Members of the group spent significant time at sea this past year, with long voyages to the Bay of Bengal and the Western Pacific Warm Pool (with the IODP) and the Antarctic margin (on the RV Investigator) playing prominent roles.