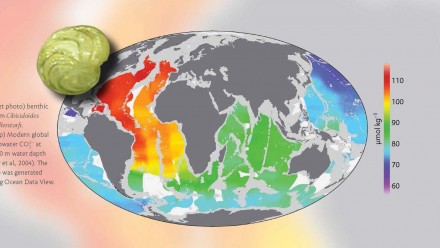 The group has funding to support one highly motivated PhD student, based on competition of applicants (academic background, research ideas, etc). Contact me if you are interested.

Please feel free to contact me if you are interested in any of the projects below.  They can be tailored for students at various levels including Honour, Master, and PhD.

Through intensive method development, we have (finally!) established a reliable method to measure boron isotopes of small biogenic carbonate samples (e.g., corals and forams) by using one of our two Neptune MC-ICP-MS and a new prepFAST MC system. This project aims to make the best use of the method to measure various samples from critical locations. The obtained boron isotope data will be considered along with other geochemical data (e.g., radiocarbon and nutrients) to gain insights into factors controlling past atmospheric CO2 changes on both rapid and long-time scales.

Compared to the last deglacial period, the Holocene (~0 - 10,000 years ago) climate has remained relatively stable. However, there have been significant changes in ocean circulation and carbon cycle as registered by high-sedimentation archives. For example, ice core records show ~20 ppm increase in atmospheric pCO2 during the last ~8,000 years, but the mechanisms responsible for this change and their links to climate/ocean circulation remain elusive. To investigate Holocene climatic changes, high-sedimentation-rate cores are necessary. We have secured sediment cores with sediment rates up to 50 cm/kyr from key locations in the Atlantic Ocean with which we hope to provide new insights into processes controlling the Holocene climate and carbon cycle. The project aims to use various paleoceanographic tools to reconstruct mid- and deep-depth physical (temperature, salinity) and chemical (nutrient and carbonate ion concentrations) properties at various locations. Along with the use of intermediate complexity models (e.g., LOVECLIM, UVIC, etc), these new data will afford to identify the role of the Atlantic Ocean in controlling the regional and global climate during the Holocene.

Project #3. Meltwater fingerprints in the North Atlantic during the last deglacial period

Ocean circulation is thought to have played an important role in the global climate by redistributing heat and affecting the global carbon cycle and hence atmospheric CO2 on Earth. Model studies suggest that melt water fluxes in the North Atlantic can impose significant impacts on the strength of Atlantic Meridional Overturning Circulation (AMOC). However, detailed meltwater history remains elusive. Meltwaters from glacials are characterized by negative oxygen isotope ratios, which offers a fingerprinting method to detect past meltwater inputs. This project aims to use paired planktonic foraminiferal Mg/Ca (a temperature proxy) and d18O (affected by temperature and seawater d18O) to calculate past seawater d18O. A high-sedimentation core (~30 cm/kyr) is available to reconstruct detailed seawater d18O changes during the last deglacial period with particular emphasis on Heinrich Stadial 1 and Younger Drayas. The results will be interpreted in combination with an intermediate complexity model (e.g., LOVECLIM) to infer the influences of meltwater fluxes on past AMOC and global climate changes.

The project aims to reconstruct deep water temperature and salinity changes at millennial to centennial timescales for high sedimentation cores from the Atlantic Ocean. Benthic foraminiferal and ostracod shell Mg/Ca, Li/Mg, and other proxiess will be used for reconstructions. The data will allow us to obtain conservative parameters that are critical to understand past ocean circulation changes and, furthermore, their links to climate variabilities and carbon cycling.

It is well known that Southern Ocean processes play a critical role in affecting past atmospheric pCO2 changes. Surface nutrient levels are important to understand the biological pump efficiency in the past. However, despite extensive effort, it remains highly debated regarding the history of the Southern Ocean nutrient changes. One reason is that scientists are short of cores with enough carbonate materials to work on. This project aims to apply geochemical proxies (including Cd/Ca and d15N) to two special cores collected from Polar Antarctic Zone (~70oS) near the deep water formation regions. It is fortuitous that these cores have enough foraminiferal shells for analyses. The materials provide an opportunity to gain new insights into mechanisms responsible for past atmospheric pCO2 changes.

Below lists some expectations of researchers/students in our group.

Research will have access to state-of-the-art trace metal and isotopic analysis facilities that are operated by the Ocean & Climate Geosciences: